Council Gives No Tax Formula to Staff for 2016 #Guelph Budget 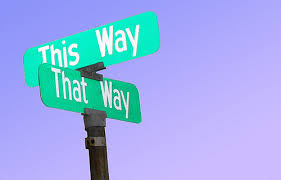 Last night council wrestled with what direction to give staff regarding a guideline for them to use for the upcoming 2016 budget. As you all know, I have been very clear before the vote was taken that I believe budgets should be set at, or below, the rate of inflation.

In a recent Guelph Tribune article on this subject I stated:

“Sticking to CPI is key,” he (Mayor Guthrie) said in the email. “It is the citizens and businesses that pay for their government. And their government should have a singular focus, day in and day out, to keep as much of their own hard-earned money in their own wallets as possible. I have that focus and will never waiver from it.”

Some people “mock CPI outright” as a basis for budget-setting, he said. “Yet CPI is the closest reflection, or indicator, of what citizens and businesses in Guelph can afford.

“If people are even lucky enough to be receiving adjustments to their paychecks or pensions on an annual basis, their cost of living increase is usually based on some form of CPI.”

I won’t give you the “play by-play” of what happened last night. It went around and around several times with many motions that continually failed or had tie votes. (When there’s a tie, the motion fails. Councillor Hofland was away so there were only 12 of us.) So, I’ll just highlight what started the discussion off, and the what finished it.

Councillor Gibson made a motion to set the staff guideline at 2.4% which is the average rate of inflation for Ontario CPI for last year. This motion was seconded by Councillor Billings. This motion failed 7 to 5. I voted in favour.

Moved by Councillor Downer and seconded by Councillor Mark MacKinnon (originally Councillor  MacKinnon’s motion from earlier that night) that no budget formula be used and staff do their best and present us with a budget. That motion passed 8-4. I voted against.

There’s a good back and forth analysis HERE and HERE

So, the majority of council has spoken sending us and now staff in this direction. And that is the direction we will now go.

The budget will come later this fall for our first look and then ultimately into December for final consideration and vote.

I’ll keep you updated on this.