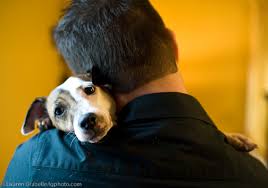 The report, prepared by Sage Solutions, summarizes the feedback received from residents and is intended to inform the work of the Animal Control Bylaw Working Group (ACWG)—comprised of community members, agency representatives, and City employees.

One highlight from the results was overwhelming support for the establishment of a minimum standard of care for animals. Ninety-seven per cent of those who attended a public meeting and 89 per cent of survey respondents said they were in support of the City adopting a code of practice to outline guidelines for the minimal care of animals.

In addition to the feedback, the ACWG will be considering operational and financial impacts to the City, Guelph Humane Society, businesses and local organizations, and weighing those against the needs of the community. The group will also be considering the fees associated with a new bylaw consolidating the City’s existing animal control bylaws.

Final recommendations from the ACWG will be given to staff for consideration in a report to Council containing a recommended new animal control bylaw. It is expected the report will be presented to Council this fall.

Like Loading...
← Thank you MP @DavidLametti for Consulting with #Guelph Today! @CanadaTrade #TPP
Could You Help Clean Up #Guelph? →