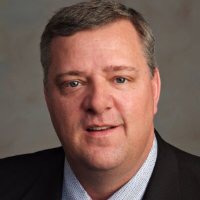 Derrick Thomson, who most recently served as the City of Guelph’s Deputy CAO of Public Services, has accepted Council’s offer to serve as Guelph’s next Chief Administrative Officer. The announcement will be made official at an upcoming Council meeting.

Thomson will replace Ann Pappert, who announced on May 26 that she would not be renewing her five-year employment contract.

The CAO is the sole position in the City that is recruited by and is accountable directly to City Council.

“When we received the news of Ann’s impending departure, Council moved quickly to begin a competitive internal recruitment process,” said Mayor Cam Guthrie. “Derrick, who is well-respected both inside and outside of city hall, will continue to move the city forward on numerous key files. All of Council is impressed with his vision for the City and his ideas on how to get us there. We look forward to Derrick leading alongside excellent deputy CAOs. ”

“I am thrilled to accept this opportunity to lead the dedicated and talented team of employees at the City of Guelph as CAO,” said Thomson. “Guelph is a city with incredible strengths and opportunities for the future. I look forward to working with Mayor Guthrie, City Council, employees, residents and businesses to make the most of them.”

Thomson joined the City of Guelph in September 2013 as Executive Director of Community and Social Services and was promoted to Deputy CAO of Public Services in a corporate reorganization in 2014. In these roles he was responsible for parks and recreation, public works, culture and tourism, customer service, transit, emergency services, by-law compliance, civic engagement, and facility maintenance. Previously, Thomson served as CAO of the Township of West Lincoln and in a number of senior management roles at the City of Brampton.

Thomson had planned to leave the City of Guelph to join the Town of Caledon as its General Manager of Community Services. The Town of Caledon has graciously released Thomson before his start date so that he can accept the CAO position in Guelph.

Thomson will work with departing CAO Pappert to ensure a smooth transition.