Celebrating 150 Years of Artillery in #Guelph “Freedom of the City”

The City of Guelph, a Gunner’s Town, and its own 11th Field Regiment celebrated ‘150 years of Artillery in Guelph’ through a ‘Freedom of the City’ Parade at Old City Hall in Guelph this morning.

​​
As you may know, the 11th Field Regiment, Royal Canadian Artillery (RCA) is the local Primary Reserve unit of the Canadian Armed Forces (CAF) here in Guelph.

Gunners from the Regiment, most notable of whom include Lt-Col John McCrae, have taken part in almost every major combat mission since the Boer War, most recently, Operation Impact in Iraq.

A Freedom of the City parade is an occasion to signify a town council’s mutual respect with the military unit and to allow it to march through the city streets “with drums beating, colours flying, and bayonets fixed”.

As the town has already conferred a Proclamation to grant this unit this freedom 50 years ago in 1966, this parade is considered to be an ‘Exercise of the Freedom of the City’. I also had the opportunity to perform an inspection of the troops were I thanked them each for their service to our city and country. 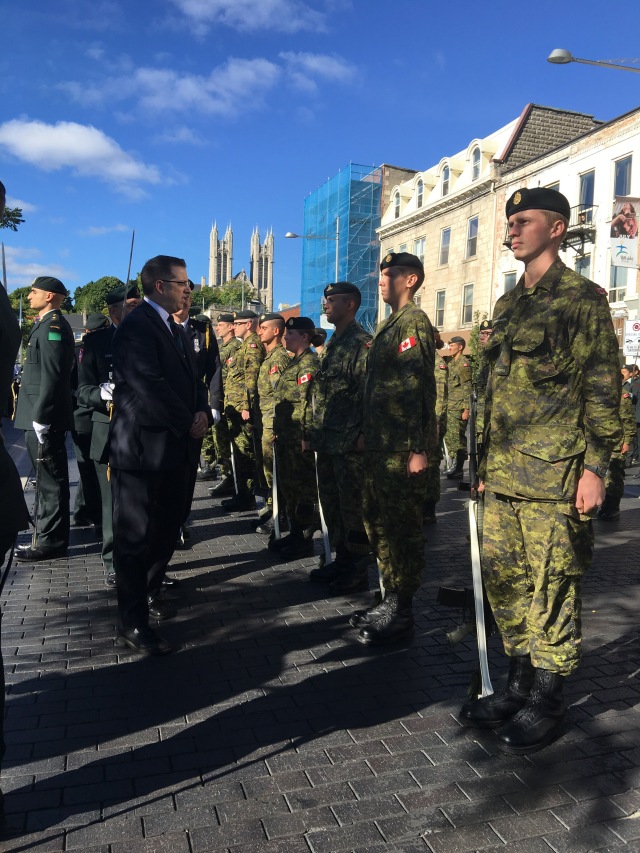 What a fabulous way to start the day!