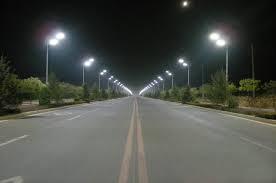 “The City is in a position to save about 50 per cent of its 13,000 street lights’ energy use, about $750 thousand dollars in annual cost savings, by switching out Guelph’s HPS street lights with LEDs,” said Alex Chapman, the City’s program manager of Corporate Energy. “LED lights last longer, use much less electricity, require less maintenance and provide better illumination than the HPS lights we’re currently using.”

During the test period, which runs until March, the City will consider a number of factors, including cost, energy efficiency, maintenance requirements, long-term technology compatibility and the community’s preferences. The results will be used to recommend the most beneficial LED option for illuminating all city streets to the Infrastructure, Development and Enterprise (IDE) Committee this spring.

Many other cities including Calgary, Mississauga, Guelph-Eramosa Township, London and Barrie are in the process of switching to LED street lights.

A city-wide transition to LED street lights could start as early as this fall, if City staff recommendations are approved at the IDE Committee and City Council.

More information about this project is available at guelph.ca/LED.

Like Loading...
← So We Are Looking Into Geese Issues Anyways #Guelph! Thanks @UofG Students & @CityofGuelph staff!
*URGENT* Please Retweet #Guelph! Move Your Cars for Plowing ASAP! →

One Comment on “#Guelph Testing LED Street Lighting With Potential $750,000 in Savings!”